Around the hostel where I am staying, people are beginning to say that there is a curse because lots of us are getting sick. Getting diarrhea stops you from doing lots of things, but most importantly…

Pooping in a shared hostel stay is awkward

Imagine hearing gases and liquids and solids coming out of someone’s body in the middle of the night?

Fortunately I just have small sore throat issue and just cough all night, waking everyone else up, but at least its not all super awkward.

Do you have any tips or ideas on how to make this situation better for our diarrhea friends?

Have you ever considered asking the table next to yours if they’re going to use all of the space on the table? No? 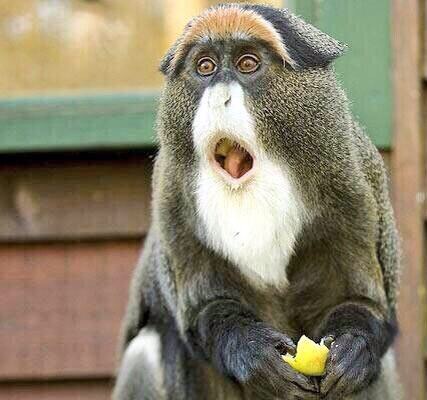 When I go eat with my parents, its usually for breakfast at a Mexican diner type of thing. My mom enjoys trying different types of food, so she makes sure that we all pick a different type of food, so we can all try each other’s food. I’m used to it by now, people eating out of my plate, and my dog has tried to take advantage of that several times.
But aside from everything coming in enormous portions, they also come with side plates. A plate for your toast, for your pancakes, for your soup, and for any dipping sauces. And since its a Mexican restaurant, your salsa. Now take into consideration that your food will come in large oval plates, and that there is also a ketchup bottle, a napkin thingy, salt and pepper, sugar packets, jam little container things, creamer, and more hot sauce… these guys should really adopt those holder things that make your table a double decker type of thing, have you ever seem the pizza holders? They’re like a metal rack type of thing. So that your plates can go under the darn thing.
Anyway, so it seems like we have a bit of a space issue there.
And then there you are sitting in front of an entire table full of food and think that everyone else is staring at your table. I once had to put the toast next to me on the booth seat. The waitress laughed at me.
The takeaway: either learn to balance food on top of other food, or tell the waitress you need a table for 6 when there are only three of you.
———
Speaking of food, I just spent 11 bucks on a chicken sandwich from a Burger King at an airport. How have you been ripped off at airports?
I’m launching my

Get a sneak peek at One Way Ticket, Please to tell me what you think about it, please! The link takes you straight to my about page to find out a little more who I am and what the website is about. Be sure to enter your email on the thingy so we can keep in touch on there!

As some of you may know, I recently moved to northern California from Los Angeles County. And I have to say, it is different up here. Moving to a place where nobody knows your name is an awesome and terrifying experience. It is almost like when you go to the beach and the water is super cold, but you know that once you’re in you’ll get used to it and won’t want to get out –except this takes longer.

People tell you that it can be a chance to start over and be who you really are because nobody has any expectations of you. You hear things like, “you’re a friendly person, you’ll have no problem there,” and “I give you a month before you decide to come back.”

This isn’t the first time I do this, and I’m just now starting to notice a pattern.

1. Feeling excited. New place, new toilet, new foods, new weather. It feels like when you’re a kid and you’re going to get to go to Disneyland the next day.

2. Minor freak out. Oh crap, new place, new toilet, new food, new weather. Will I like it? What if I starve? What if my butt isn’t compatible with the new toilet?

3.  Settling in. It is nice, for a little bit. Then it is quiet for a while; nothing is going on, nobody that you know is around for hundreds of miles and you can do whatever you want! Yeah!

4. Questioning your choices. Maybe you should’ve thought about this move some more.

5. Adjusting. You soon discover your favorite places to eat, favorite coffee house, you meet new people and for some reason end up meeting those who are also new to the area. Birds of a feather poop together, I guess. (poop?)

There are a few things that are strange about new places. People have different ways of saying things. Here, people say “hella” and at first I thought it was a word like “hello” but it turns out it means “hell of” ..sort of.. like “that’s a hell of a lot of diapers” translates to “that’s hella lot of diapers”. The metro is “VTA” or “trolley”, and the hobos are quite talkative. Mostly they talk to themselves, but hey, to every man his lemonade.

When you ask for a recommendation (like the best burrito around), people will give you a bunch of street names and landmarks that you have no clue about. “Oh yeah, take a left on Market St and its right by the Convention Center.. past Phoebe’s.” Then, when they realize you’re confused, they try an alternative explanation, followed by “Where are you from?”

Another thing is that you always seem to be taking the long route to get to places. Once you find a way to get to a place, you keep taking it until you are certain that you can get there via another route. We like familiar things. Which is also why you probably frequent the same shops and restaurants until the shop owners begin to know you by name. The morning shift server at a Denny’s knows my “usual” already. Score!

A new place gives you a completely different perspective on people and your own life. You suddenly realize that there is a whole other world different than yours. Sort of like discovering “the others” on the island on the TV show “Lost.” You realize how tiny you really are, and how you could’ve gone your whole life without experiencing a new area with different people, better coffee, and colder weather.